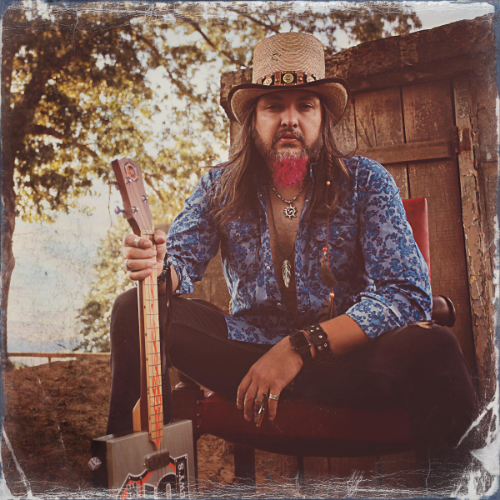 We're excited to welcome country artist Josh Newcom to the South on Main stage on Saturday, June 29. Show beings at 9 pm. Purchase advance tickets for $7 or pay $10 at the door. Tickets do not guarantee you a seat. To reserve a table, please call (501) 244-9660.

Josh Newcom is the epitome of independent!

When you think of Josh, you can just go ahead and think, "do it yourself"!

Every song is solely written, produced, recorded, mixed, and mastered by singer/guitar player Josh Newcom. Josh also directs, films, and edits the videos for his songs as well as videos for other independent and major label artist under his Warpaint Entertainment imprint. One of which was a Josh Newcom original nomanated for Top 30 videos of 2011 on CMT.

And another for the one and only late Merle Haggard called "Working In Tennessee"!

All Josh Newcom songs are made for live shows! Sometimes aggressive, rowdy and in your face Southern Rock and blues and others times, it's just pop a top, grab your partner, good ole country music. Josh Newcom has been on shows with great artists like Merle Haggard, Clutch, Jamey Johnson, Blackberry Smoke, Corrosion Of Conformity, Randy Rogers Band, Methods of Mayhem, Papa Roach, Jason Boland, PowerMan 5000, Billy Currington, Corey Smith, and even the great Don Williams to name a few.

So with new songs and videos coming from Josh Newcom projects every few weeks. And the hunger to show them off in front of live audiences everywhere. I don't think Josh or Warpaint Entertainment will be going away anytime soon.